Select the ideal jackpots and play!
Filter by:
€ $ £ 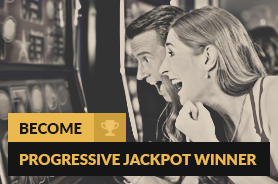 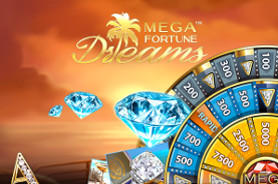 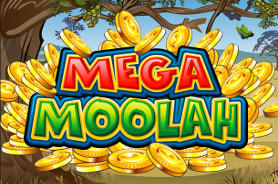 Play slots with the biggest jackpots

Ever since progressive jackpots were invented in the 1980's, slots players have been trying to hit the elusive prizes that could change their lives in just one spin of the reels. With the huge increase in the number of players enjoying these slots that came about with the advent of online casinos in the late 1990's, progressive jackpot slots have become even more popular.

Now, whether playing online or at a land based casino, progressive slot jackpot winners can scoop multi-million Dollar prizes. By visiting Progressive Jackpots, you can check out the details on the biggest current prizes, see which online casino is featuring the hottest games, and even claim improved welcome packages to play these slots for free.

Progressive slots are a special type of game where a small amount, typically 1%, of every bet made gets put aside, and the more people play the game, the bigger and faster the pot will grow. Since the technology to link many games together first came out, progressive jackpot games have become far more popular, as there can be hundreds, or even thousands of players on the same game, across the world, at any one time.

Previously, the jackpots were limited to a single machine, which meant that prizes couldn't rise very fast and either paid out relatively small wins, or paid out very infrequently. But all that has now changed, and lots of lucky people have become rich playing progressive jackpots slots at traditional casinos and online.

Las Vegas is the undisputed home of land based gambling, and it should be no surprise to find that the biggest wins have occurred in this city's' many casinos. The most famous of these are the Megabucks progressive jackpot winners, some of whom have walked away with several million Dollars for 1c stakes.

Many winners like to remain anonymous, but it's known that the world record progressive jackpot win was claimed by a 25 year old software engineer who won $39.7 million on the Megabucks slot in the Excalibur resort. Another Megabucks win was claimed by Cynthia Jay Brenna, a 27 year old cocktail waitress from Vegas who scooped $34 million in 2000, while Elmer Sherwin won $4.6 million in 1998, and then $21 million in 2005.

Wheel of Fortune progressive jackpot winners can be found at many casinos, as this range of games are among the most popular across the USA. In general, prizes are around the $200-250,000 level, but there have been some recent $1 - 2 million+ wins.

While progressive jackpot slots at land based casinos will remain a big attraction for many, online casinos have become far more widely played, and feature a wider range of games, with bigger prizes.

Because there are so many progressive jackpot winners at casino online, a full list would fill several pages, but some of the biggest wins include a Stockholm man who won €4.1 million just before Christmas 2013 on the Arabian Nights game, a lucky player from Finland who scored a €5.5 million win on Mega Moolah. An Oxfordshire resident became the biggest progressive jackpot winner UK when he scooped £5.8 million on The Dark Knight Rises.

But the biggest slot machine progressive jackpot win came about on the Mega Fortune slot, with an €11.7 million payout in 2011, and a staggering €17.8 million win by another Finnish player. The anonymous person wagered 25c on a spin one night in January 2013, and triggered the bonus game which played through all three of its' rounds to reward him with the biggest progressive jackpot winner.

Once a progressive jackpot win has been hit, its' value is reset to a base level, which can still be a substantial sum, and it starts to grow again from there. If you want to see what the current values of each of the biggest games is, simply check the details at Progressive Jackpots, where the information is shown, as well as a section where readers can post videos of their wins.

So see what jackpots are on offer, and then hopefully you will be able to let everyone know about your good fortune by posting wins on Progressive Jackpots.

Reply
Other Articles:
Play responsibly
If you didn't hit the jackpot, maybe check this lucky snapshot.